Monday reality this morning is a sigh of relief after successfully hosting nineteen kids at our house yesterday. Martha turns lucky number 7 in two day’s time, and she’s been planning her party since opening her final Christmas present.

Added to the already high intensity affair that Martha’s birthday parties tend to embody, it’s also a relief to have made it through another weekend keeping up with the slew of leaving parties that Saigon is awash with right now.

With only four weeks until school ends, local removal companies are making hay whilst the sun shines and the humidity grows even thicker.

The clammiest month of the year is also one of the most hectic. End of year dance shows, swim meets and football tournaments loom, but also end of era relationships, with transitioning ex-pats, turn the final page of their particular chapter.

Martha’s party was a hit, though. It was ‘Under the Sea’ themed, which meant that Saturday evening was spent with four willing volunteers sat on our sofas, drinking gin, tuning in to Harry and Meghan’s nuptials, and cutting out a variety of yellow, blue and green aquatic characters.      END_OF_DOCUMENT_TOKEN_TO_BE_REPLACED

I’m renewing passports again, this time for my eldest daughter and, she doesn’t realize it yet, but this is the one where the photo of her, aged 9, which will feature in her new passport, will be valid until she’s 19 years old.

I can recall the relief updating my own passport at that age, after a long stint of mildly embarrassing immigration moments, as customs officials switched between staring at my ten year old passport photo and the teenager stood in front of them.

Both my daughters have spent their lives (mostly) growing up in Saigon. My youngest was born here, and she enjoys showing people the “HCMC” passport entry as her place of birth.

Someone once told me that Flo and Martha are “third culture kids”. This was a few years ago now, and I’ve never quite got to grips with it. My instinct leans in towards this catch-all terminology being intrinsically positive. The sceptic in me wants, however, to also challenge that presumption.      END_OF_DOCUMENT_TOKEN_TO_BE_REPLACED

By ‘attending’ I mean standing proud on the side-lines, pretending to be calm when in fact am sweating buckets at the sight of Florence trying to keep up in the freestyle against kids nearly twice her age, whilst simultaneously I’m being watched by other more seasoned onlookers, with dozens of these outings notched up, and who seem to view me as “fresh meat” at which to be mocked.

I am already looking forward to doing the same next year and turning the tables.

Hosting children’s play-dates and organising birthday parties have been my bread and butter for a while, however, with competitive intra-school races now on the agenda, we are entering truly ’embarrassing Dad’ territory… END_OF_DOCUMENT_TOKEN_TO_BE_REPLACED 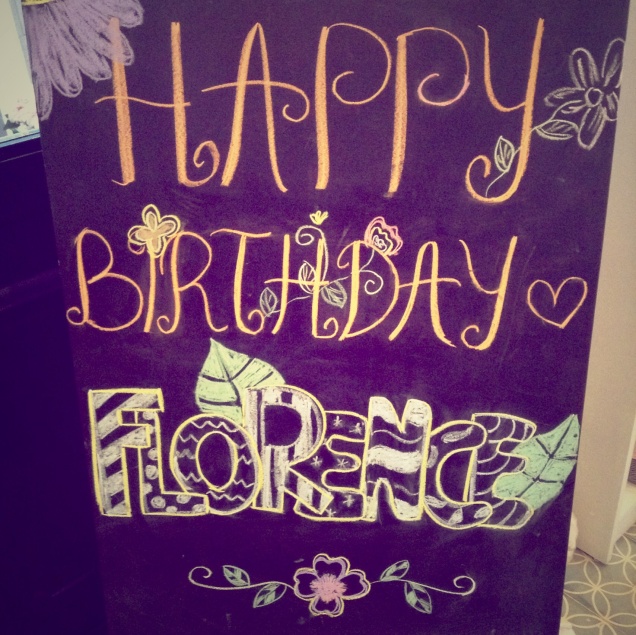 I am an hour shy of boarding my sixth flight in the past ten days, having recently spun through Bangkok and Hong Kong on various work assignments. Today, I am back in Thailand, awaiting a connection across to Islamabad, where I’ll be stationed for four days of meetings and workshops.

Two years back I penned a whimsical departure post on my last day in Pakistan, after a fascinating week there, and I’m excited about returning.

Travelling days like these play tricks with your mind. Today started with a 4:45am wake-up call from Florence, as she kicked off Day 2 of being six years old, albeit rather blurry-eyed and still coping with a sugar come-down from her Frozen themed birthday party yesterday after school. In the middle of the night, several hours from now, I’ll go to bed in the CARE staff house, in the centre of Islamabad, a masala omlette and some sweet tea awaiting me for breakfast when I wake up on Sunday. END_OF_DOCUMENT_TOKEN_TO_BE_REPLACED

It’s been so long since I wrote a blog here, that I had to remind myself of the correct address of my own site.

August 11th, and too much to fill in since my last post, but several fabulous weeks back in the UK recently – both girls had 6 weeks over there in total, having a blast up north, down south, in London and on the beaches of Cornwall and Devon – and then a new school term underway as of this morning, back here in Saigon, and we are off again, refreshed (partly, the jet-lag this weekend was a killer) and ready for the long run into the next break at Christmas…

The merry-go-round is in full tilt.

The happy and somewhat jaded campers (above) took it in their stride this morning that the summer holiday adventures were over. Bless them both, Florence and Martha just seem to take whatever is thrown at them and make it fun.

Flo was not the least bit put out for example that it took me twenty minutes this morning to realise that her penguin stepping around the apartment in her new skirt/shorts combo for Day 1 at the Australian International School, was in fact because when she’d got dressed she had put both feet into one shorts leg, rather than what she was thinking to herself at the time, which was that her new school practice some quasi-Geisha ritual for their Year 2’s, by forcing them to hop about the classroom for the first term.

Nor did she seem intimated by the chaos of the busy new school gates, or the strangeness of her new surrounds. She was too busy taking it all in to kiss us goodbye.

Anyway, you’ll hopefully find me more prominent on these pages soon, but in the meantime I wish you all happy ends of the holidays when you get to yours.

Much love to all.

Excited, beyond levels that normal measuring instruments would find hard to measure, Florence and Martha have been galloping through a recent spate of birthday celebrations.

My 39th last month – pic above – was ushered in with some chocolate and raspberry cup cakes. Martha’s 3rd – last Friday – was awarded double cupcake supplies: first, for a family trip to school and some mid-morning songs and card opening, and second, for an end of the day fancy dress party in Lou’s apartment, where the luminous green cakes were complimented by that reliable choice favourite – the humble pizza.

As you can tell from the photos below, at both events, Martha (playing the part of the Disney movie Frozen’s Anna in the afternoon) was quite “up” for sweet treats, celebrating, and having the day’s limelight opportunities shifted in her direction: END_OF_DOCUMENT_TOKEN_TO_BE_REPLACED

Saigon is hotting up once more.  Now I appreciate that, for many of you who drop in on saigonsays from time to time, even when Saigon is not “hotting up” there is a good chance that it still might be considerably warmer here than what other parts of the world have put up with for the past half a year.  Simply put, Saigon is always hot, except for the months we are now descending upon, when it slips sweatily into being really hot.

Time then for me to head West, first to Delhi at the weekend, for a week of work just as the country celebrates “Holi”-  the first day of spring (Monday 17th) – during which it is tradition to get splattered with coloured powder.  All of which makes for a pretty picture to stick at the top of a blog post.  Next Monday is also St Patrick’s Day – divinely timed, should Ireland come away with the Six Nations (rugby) trophy two days beforehand.

My ambition for Monday evening in Delhi next week is therefore to avoid too much pink and yellow hair dye during the day, and to successfully find a pint of Guinness in the evening. It’s not every Monday night you get to blend Hindu and Gaelic culture together in such a colourful way. END_OF_DOCUMENT_TOKEN_TO_BE_REPLACED

That I even have a fruit bowl, is the first admission I’ll make on this rather “forgive me Father” Sabbath day journal entry…

Forgive me, for I appear to have rather over-embraced my inner ‘Metrosexual’ wannabe, released as it was yesterday like some kind of bottled up camp genie, deliriously happy at the prospect of all the indulgences available, given I was home alone for the weekend.

The early hours of yesterday began with feet firmly (despite the number of drinks I’d had that evening) wedged into hetro-man world.  I was in town, out with a mate from my football team.  All the raw ingredients for a “boy’s Friday night” were in play: games of pool, booze; sports talk; rock music – life was uncomplicated.

You’ll imagine my surprise then (or some won’t, as it would seem many of you clearly “outed” me as a metro-man many years back) when in a moment of mild panic yesterday evening, I briefly took stock of my day’s activities, which included the following: END_OF_DOCUMENT_TOKEN_TO_BE_REPLACED

Where praise is due